My artwork emerges from values which have been accumulated over a lifetime. I grew up during the time that environmental concerns first became prominent as indicated by the first Earth day, Rachel Carson’s book “Silent Spring,” the Love Canal disaster, and the establishment of the U.S. Environmental Protection Agency in 1970.  This was also a time of social upheaval: urban renewal, the 1968 Democratic Convention, the assassination of Martin Luther King, and protest against the War in Vietnam. Growing up in an inner-city, I longed for wild spaces.
From this background I divide my work into three areas: the crisis of the environment, the social environment, and the natural environment.  Many environmental problems, and some solutions, have appeared since the 1970s. Abandoned hazardous waste sites, smog, and eutrophication have been joined by climate change and drinking water contamination from lead pipes, Teflon, and nitrate. Most of these are relatively invisible to the public until people are directly affected--or in the small number of cases that gain national exposure--like Flint, Michigan.
My work explicitly raises these issues. In 2020, there is no lack of social issues upon which to comment. My work in this area makes explicit reference to events like school shootings, mass incarceration, the obesity and opioid epidemics, and tech disruption of the economy. A little surprisingly, the reaction to these has been universally positive. Because of this I am encouraged to try to cross the boundary to where the work reaches a less sympathetic audience.  Despite all of this, as in the 1960s and 1970s, there still is relief in the beauty of this planet.
As my art work is emerging later in life, I am beginning to make these objects as public statements of my values with the hope of a better future.
What Happens in the US, Stays,  22" high x 25" wide, acrylic on tooled leather Unlike other countries, the US has an endemic problem with mass shootings and mass shooters.  Mr. Elk suggests to the Shooter Man that he, the elk, would make a good trophy.  Despite wishing for a long life, and not advocating for hunting, Mr. Elk would sacrifice himself rather than see more shootings.
The Coyote's Dream:  That he Just Play the Slots, 32" high x 22" wide, acrylic on tooled leather Despite being considered as a varmint by some, Mr. Coyote dreams that the Shooter Man would just play the slots instead.  The coyote, as a stand in for nature, understands the lack of wisdom in a shooting. 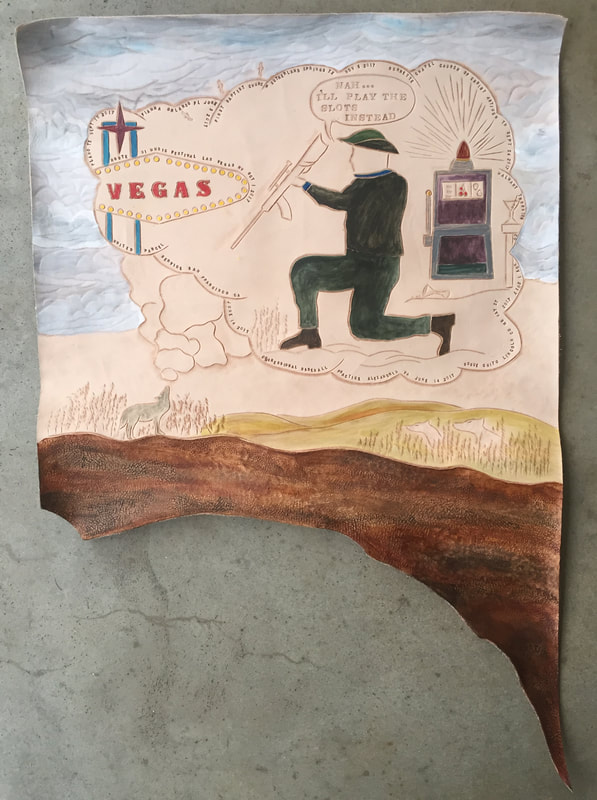 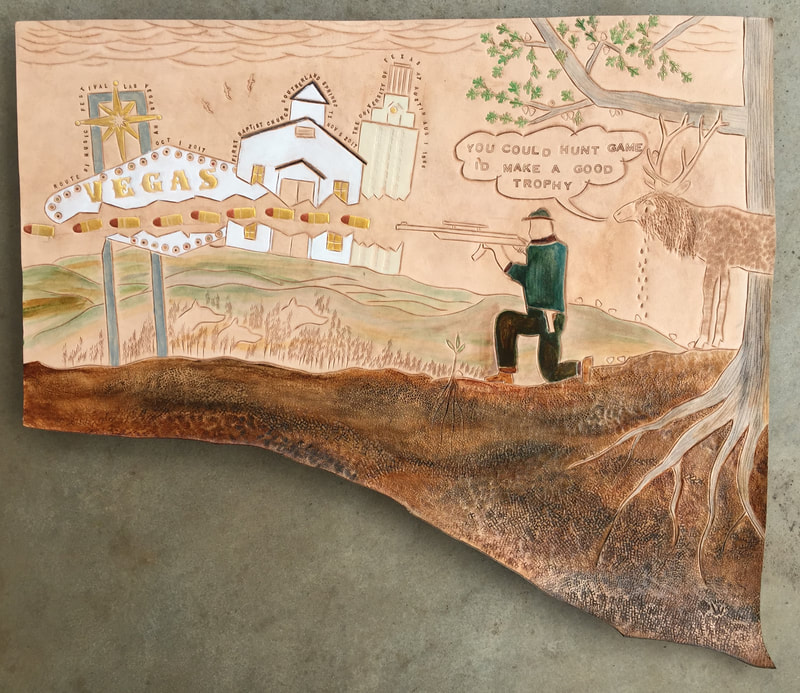 What Happens in the US Stays Acrylic on Tooled leather $400 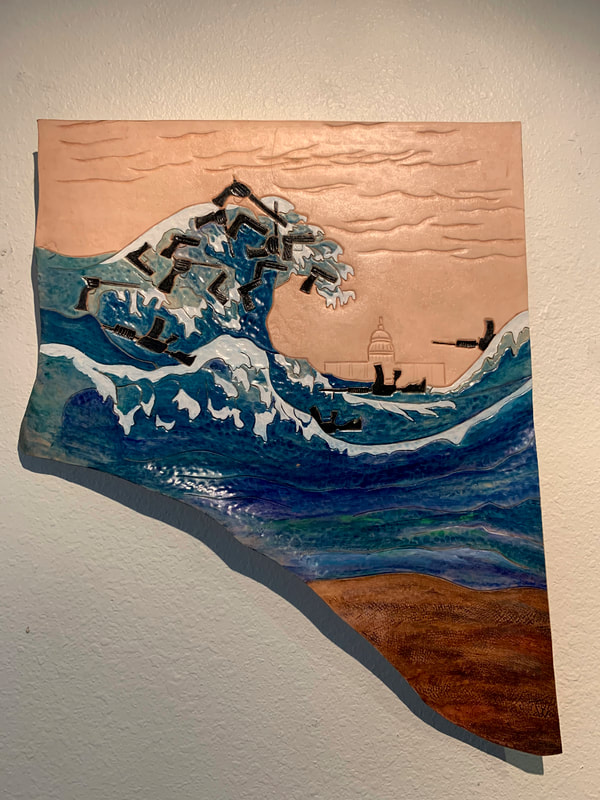